A Seat at the Table with FCG: Critical Multicultural Insights from Voices that Brands Desperately Need in the Room 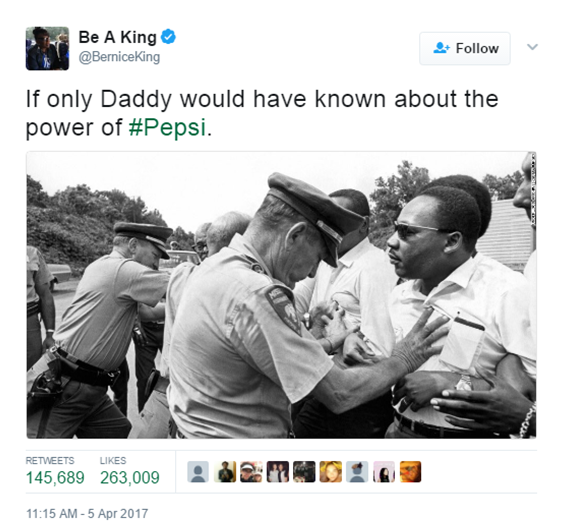 Pepsi rocked the marketing and social media world this week releasing their new global ad featuring Kendall Jenner. The setting for the commercial was a bright and cheerful day with a slew of apparently happy protestors in the streets, with Jenner entering the fray to solve conflict between marginalized groups and the police by handing a can of Pepsi to one of the police officers standing guard. This gesture, which made the cop smile, also brought delight to the faux protestors who started clapping and cheering. Voilà – racism and police brutality solved with a can of soda.

Bells quickly rang out in the Twittersphere when the ad dropped, which exploded with the stalest faces and shadiest negations towards the hurt brand and Kardashian sister. The think pieces on this number in the hundreds and the meme game is still going strong. As usual, Black Twitter led the charge by conducting a thorough and well-deserved dragging, which is arguably the reason the ad was pulled and the Pepsi team issued an “apology”. We’ve seen the impact of Black Twitter on brands in many other instances when brands didn’t double check their double-check. 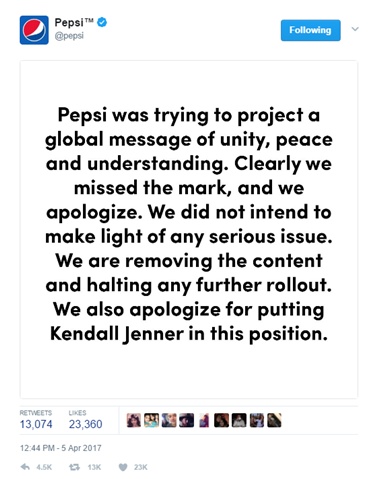 Let’s acknowledge that this is not the first tone-deaf, racially insensitive or culturally appropriating advertisement we’ve seen, nor is it the only one on the market right now – check out Sony and Nivea. Unfortunately, this move is still an often missed mark across the board for many major brands.

As multicultural marketers, the “missed mark” (once again) hits home, as it shrinks the gravity of our continued struggle for marketing campaigns to reach and respect multicultural audiences. Causes like the fight against police brutality should not be co-opted to sell products, or to create an “edgy” campaign. For brands, this insight must be top of mind.

Here’s what we know:

83% of multicultural millennials want companies to take a stand on issues. But, it takes a lot more than simply “taking a stand.” Brands have to be human and see the humanity in the world when connecting with consumers – especially multicultural millennials. “Diversity of thought” is not enough – African American, Latino and Asian marketers need to be at the drawing boards with brands from planning to execution.

As the dissection of this blunder continues, there are still so many unanswered questions and thoughts from a multicultural marketing perspective. The questions apply to Pepsi, but they also drive our thinking every day when we work with a range of brands that look to connect with multicultural consumers. We had a conversation internally with our experts about Pepsi’s gaffe as we search for answers and extend solutions:

Who was in the room?

Who was the ad meant to reach and why?

Who was represented on the team that had an authentic connection to the message and movement?

What was the objective?

Why was Kendall Jenner, a celeb who has been accused of cultural appropriation in the past, brought to the table as an influencer?

What element of this was intended to make it iconic?

In the end, FCG takes pride in helping to evolve the paradigms of traditional marketing that don’t authentically take multicultural consumers into account. Pressing forward, let’s recall this: “The war we have to wage today has only one goal and that is to make the world safe for diversity.” –U Thant