PART 2: Is Social Media Dumbing Down Our Writing?

PART 2: Is Social Media Dumbing Down Our Writing?

“You young fellas…no appreciation for the art of conversation.” –Nucky Thompson,Boardwalk Empire 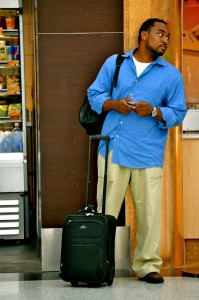 A few weeks ago, I had a conversation about something that’s been really annoying me. Grammatical errors. Improper usage. Misspelled words. They’re everywhere I look, and it’s driving me crazy. Why? Because these are grammatical, usage and spelling errors no one should’ve made since grade school. Too harsh? You tell me. In one glance through my news feed last week, I saw the word “and” spelled “an” in two separate status updates—one of which misspelled it two different ways: “an” and “ann”…in the same update! Among the others were “kewl”, “dis”, “R U” (as in “R U going?”), “IKR” and “K”. Where am I seeing this cringe-worthy writing? Websites? Magazines? Newspapers? Nope…

Status updates. Wall posts. Tweets. That’s right…I have beef with the writing on social networking sites, which is where this conversation occurred. Given that you must be 13 to setup most of these profiles, I naturally question the reading and writing levels of the hundreds of millions of users. Conversely, I question if I’m really being fair. After all, social networking sites are for the general public—not just writers. And, these aren’t writing assignments. But does this evident disregard for proper writing mean we suck at it, or is it a sign of the times—or, rather a sign of ourlack of time? 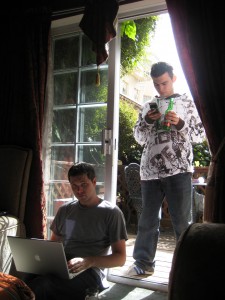 Our conversations are now condensed—we get to the point with what we have to say, for a couple reasons. One, because our go-to channels of communication require it. On Twitter you have 140 characters to make a statement. My BlackBerry gives me 160 for text messages. Ironically it’s on Facebook, where we get a 420 character limit, where I see the English language turned into a slaughterhouse. That’s 3x’s as many characters as we get on Twitter, but still, not much. You would think that given this limited character count, the messages typed would be that much clearer, and conveyed in distinguishable English. Instead, everyday I see adults using words incorrectly and misspelling words that my five-year-old nephew wouldn’t. How can so many errors exist in such a small space? Some ask if social media is making us dumb. Which led me to ask: Is social media dumbing down our writing?

PR pros are charged with creating engaging content, and content becomes engaging by how it’s contextualized. Just as one letter alters the meanings of these two words, through our channels of condensed communication, context can alter content. Texts. Tweets. Posts. IM. BBM. Email. Each operates under an unwritten set of rules of engagement that the users have adopted. And, all require us to do something that every writer was taught to do: Be clear and concise. Today’s key audiences that brands are looking to reach and engage, speak a different language than they did five years ago, let alone ten or more. The conversations they’re having are shorter. Our window of opportunity to connect with them is smaller. Why? Because with new media and the new ways information is shared and conversations happen, our attention span has condensed considerably—the second reason why our conversations are now condensed. In this era of engagement, our messaging must be clear, concise, and resonate with the reader in a fraction of the time it once took. We have to get to the point, before they get to the point of clicking off of our channel.

So…is social media dumbing down our writing? In its defense, social media is not a literary contest. And when words like BFF and truthiness are added to the dictionary, the landscape of our language has changed. Social media is all about the conversation, and historically, most of us don’t necessarily write the way we speak…and that’s the problem. Today, our writing voice helps establish our credibility, as it’s an element of our personal brand online. If our writing voice is not authentic, and a reflection of our true personality, we’ll alienate your intended audience. Social media isn’t just a clever name—that’s what it is. And, good conversation is an element of the chemical reaction that is social engagement. Typing, like writing, is second nature to us. We type how we talk—as we should, since most of our conversations are now electronic. But the next time you tweet or post, think first as if you were writing on the chalkboard in front of your grade school class. Or, we’ll all point and laugh at you.

« DECISIONS, DECISIONS: The Conundrum of the Crown
“Allow Me to Reintroduce Myself…” »