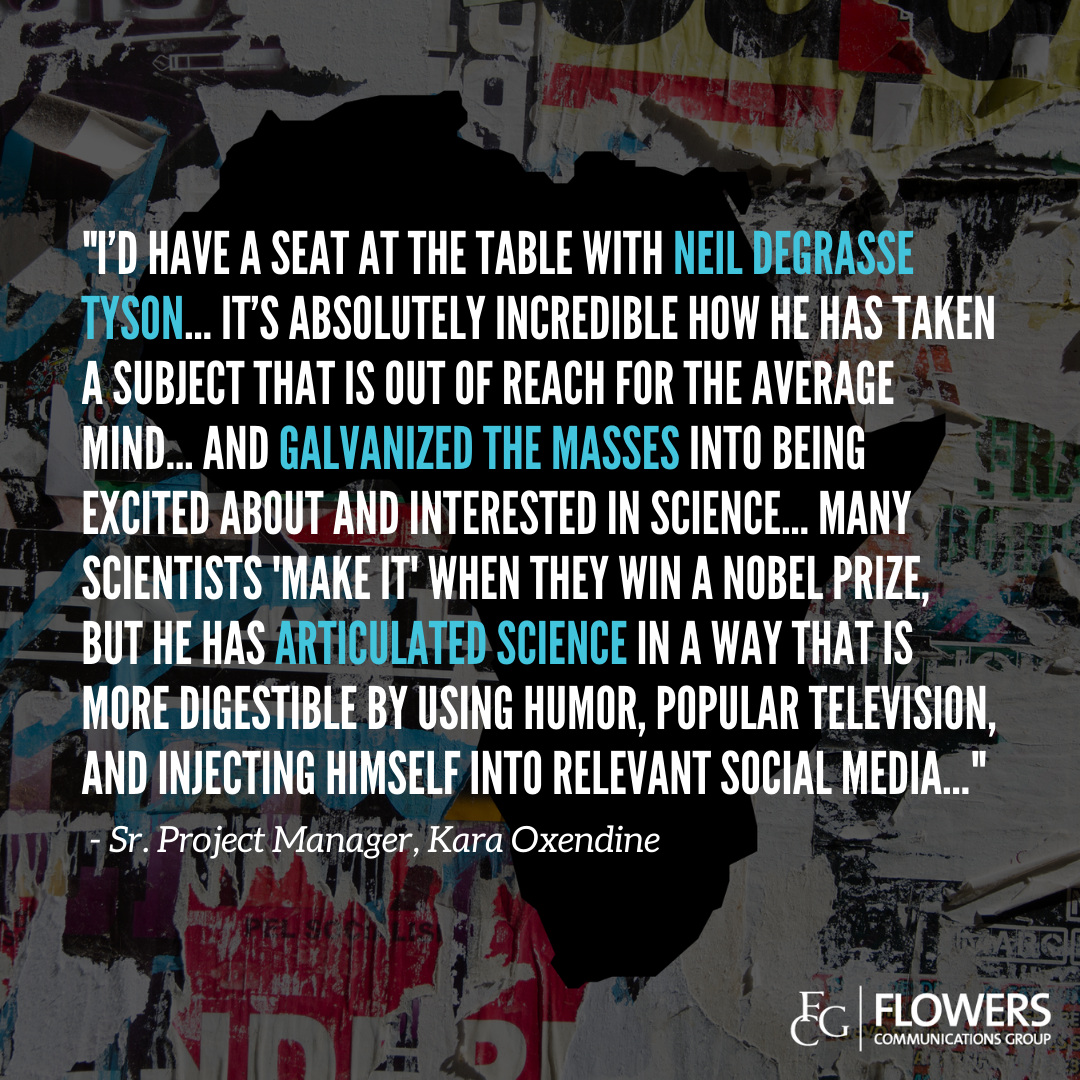 “I’d have a seat at the table with Neil deGrasse Tyson (and never get up). I am an original fan of his, even before his rise in popularity. It’s absolutely incredible how he has taken a subject that is out of reach for the average mind [astronomy and astrophysics] and galvanized the masses into being excited about and interested in science. He has developed a population of modern day non-scientists who enjoy science! Many scientists ‘make it’ when they win a Nobel prize, but he has articulated science in a way that is more digestible by using humor, popular television, and injecting himself into relevant social media.”